28. Right Place At The Right Time 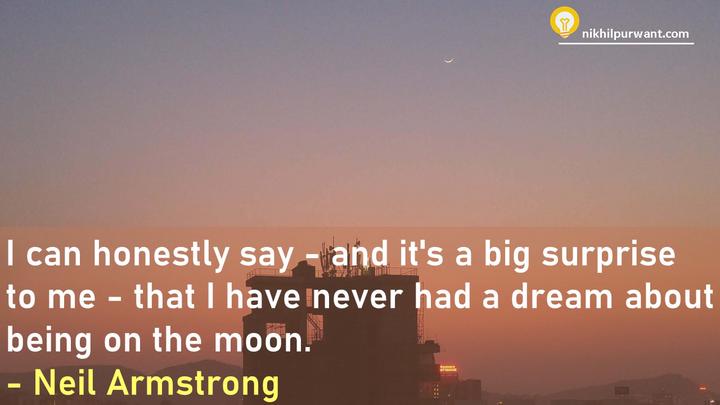 I think it is a function of opportunity and your preparedness for that opportunity. Allow me to explain.

There are a lot of problems in the world right now. Forget about the world there are so many problems in your city, community and your office. Problems waiting for someone to fix them.

For example off late people are becoming more and more health conscious. They are trying to eat organic food, exercise. They are willing to pay good money for sustainably sourced natural food and yoga classes.

And now if you are a nutritionist or a farmer willing to move to organic farming - you are going to make a killing. You are in the right place at the right time.

There are rarely any shortcuts to success. To be in the right place at the right time needs you to be either someone who can produce what people cannot live without or be good at a service that is essential or in demand

And being good at what is needed, requires us to take efforts for it.

It takes about 10000 hours to learn any skill at the very high proficiency level. And then you should be ready with your skill when the opportunity strikes (right time).

Additionally you should be present where the opportunities are. Even if you are the best actor the world has never seen, If you don’t travel to places where movies are actually made (right place), your talent might get wasted.

When someone seems like they struck gold - more often than not, they have been digging for quite some time. And that’s another thing you need perseverance.

And that brings me to today’s quote by Neil Armstrong. Who was the first person to walk on the moon.

In 1962, then American president John F. Kennedy announced that an American should be on the moon before the end of that decade. And Armstrong who was a test pilot was chosen to train as one of the astronauts for this program. And few years later he was the first man on the moon.

It would seem like he was in the right place at the right time. But what is not known to us is Armstrong’s illustrious career even before he became an astronaut.

He was fascinated with flying since the age of 5. In fact he got his flying license before he got his driving license. He was studying aeronautical engineering on a navy scholarship when he was pulled into the Korean war where he ran more than 70 missions and had several brushes with death. He came back, completed his studies and then became a test pilot where he flew experimental planes to their limits - a very dangerous job, where quick thinking and problem solving meant the difference between life and death.

And all that hard work and experience meant that he was ready when the opportunity struck and even then, when landing on the moon - the lunar lander had a computer overload. Moreover they could not find a safe landing spot as moon surface was ridden with big boulders. With 30 seconds of fuel left, Armstrong eventually did land on the moon and the rest is history. He could do it - because he was prepared for it.

It goes to show if you are good at what you do and have the patience and perseverance - you can achieve far more than what you have imagined, when the right time comes. Mr. Armstrong was very humble to say this

I can honestly say - and it’s a big surprise to me - that I have never had a dream about being on the moon.

And that is the lesson.

Be good at what you do, in fact strive to be the best at what you do and only then - you have a chance of becoming someone who can be in right place at the time time

And the picture - Well it’s moon captured on my usual hill trails. It’s a whole different far away place. And a man landed on it. Isn’t that amazing!

Make sure you give yourself the best chance of being in the right place at the right time. Strive to become the best at what you do.