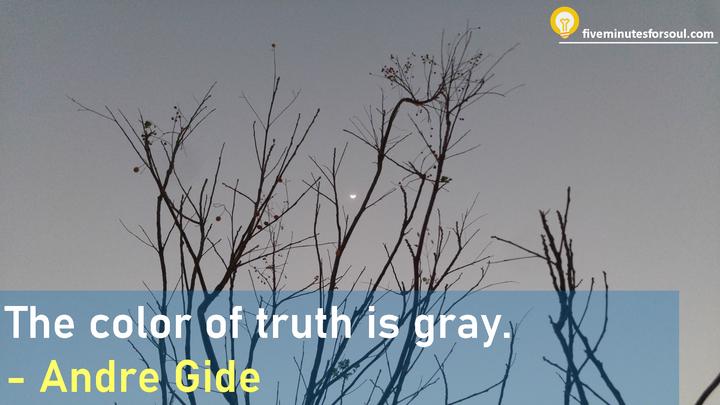 these nudges in the “right” or “wrong” directions - which obviously form our opinions and way of life.

Books and media come next and they present to us information shaping our minds. But how much of that information can and do we verify?

We have all heard of the adage “Every coin has two sides”, but how many times do we even care to think that whatever information is forming our opinion also has another totally unexplored side?

All of us have propensity to accept information at the face value. Especially when it comes to us from our favorite sources Or confirms to our biases. For example if a pedestrian is run over by a car - It has to be the car driver’s mistake. We rarely think that the pedestrian might be walking into the traffic while not paying attention to the oncoming car. There have been situations where the car driver has been beaten by people after such an incident.

Not just an angry mob but all of us have our favorite news channels, news sites, YouTube channels. And of course favorite politicians. All of these sources are constantly feeding us information. And that becomes our truth. And more and more we restrict ourselves to only these sources - we are part of an echo chamber.

Wikipedia says this, describing what an echo chamber is

In news media, an echo chamber is a metaphorical description of a situation in which beliefs are amplified or reinforced by communication and repetition inside a closed system. By visiting an “echo chamber”, people are able to seek out information that reinforces their existing views, potentially as an unconscious exercise of confirmation bias.

Just think about it - if news channels are for news shouldn’t you be able to at least visit all of them to find the most detailed coverage of something you care about ? Why would a clearly verifiable piece of information (viz. the news) should create such a polarization?

It does however, because we rarely want to know the other side of the story. The truth usually is somewhere in the middle of the two sides. And unless we know both sides, well it’s very difficult to really work out the truth.

And that is what today’s quote sums up so nicely

The color of truth is gray.

The quote is attributed to Andre Gide, who was a French author and winner of the Nobel Prize in Literature.

My faith in communism is like my faith in religion: it is a promise of salvation for mankind. If I have to lay my life down that it may succeed, I would do so without hesitation.

It is impermissible under any circumstances for morals to sink as low as communism has done. No one can begin to imagine the tragedy of humanity, of morality, of religion and of freedoms in the land of communism, where man has been debased beyond belief.

Notice how he presents both sides of communism. Only possible to do that when you are actively seeking out the truth or accidently stumble upon the other side eventually.

And now for the picture behind the quote Well the days are bright and the night is dark but at some point, the sky turns grey at the boundary of day and night. And that is where the truth lies somewhere.

You might be presented something in black and white - you don’t have to choose one or the other as the truth. But analyze both sides before coming to a conclusion.

Try to find the other side of the story Or at least know that it exists before making up you opinion.

Thanks for reading through